You can file this under the folder of “why?”, but someone decided to make a liquid cooled PC, which instead of using water, or coolant, they used wine.  Yes, they now can serve warm mulled wine to guests 60°C in a few hours.  I don’t drink Mulled Wine, but according to them, that’s the perfect drinking temperature, who knew?! 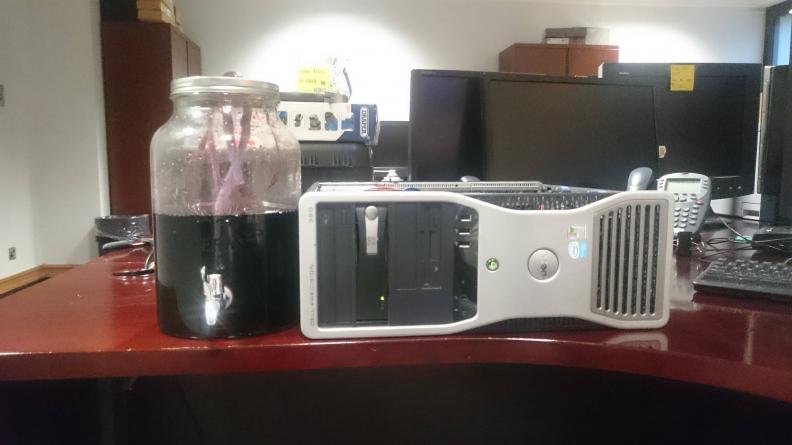 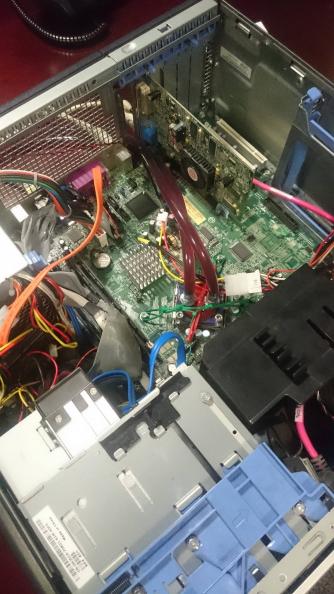 It’s odd, but hey it’s not like something crazy like this hasn’t been done before.  People used oil to cool their computers.

Check out some more of the photos on Imgur.

END_OF_DOCUMENT_TOKEN_TO_BE_REPLACED

I might be 4 years past due here, but this series has been extremely fun to watch.

It’s also been a learning experience.  You know, back to the basics of The History Channel.  Before it turned into shitty reality TV and half-baked conspiracy theories. Don’t get me wrong, I love a good conspiracy theory, and I really to enjoy The Curse of Oak Island, but I haven’t exactly learned anything about history on those shows.  At least not something that will better my every day life.

The whole series is about 6 hours minus commercials.  You’ll thank me for watching it, trust me. Researchers at UC Davis have teamed up with IBM to create a single microchip with 1,000 cores on it.  To put that into perspective, most modern computers have anywhere from 2 to 8 cores.  Chips in servers have up to a dozen cores each.  Each core is dedicated to single processes, but with 1,000 you could do so much.  Or so little.  Hardware is only as good as the software to pair it with.  Most software right now isn’t used to 8 core processors, let alone a 1,000 core one.  That’s alright though because this chip was manufactured on super out dated technology – 32nm dies, modern chips are on 14nm dies.  But now that it’s been done, it’s only a matter of time before it gets made more efficient, Moore’s law and all.

The Tiny1 is an interesting concept camera.  Well, it’s about to become a real camera if the Indiegogo campaign is any indication.  It’s billed as a dedicated astrophotography camera that’s small, lightweight, and connected to social networks and the mobile world.  In practice, I’m not so sure what this camera offers that a traditional DSLR doesn’t but maybe it’s the price.  I will say that being able to take videos at a decent resolution and stacking the photos would help.  And the small size would make mounting it on telescopes much easier for balance.  But I struggle with the focus.  I’ve always had a hard time focusing cameras when attached to my telescope, and I don’t know if this will be any different.  Also, having a backlit display will be horrible for the necessary night vision eyes you need to effectively do any type of astro work.  But it’s a neat idea.

I’m sure the FCC will outlaw civilian ownership of these devices also, since they can be used for unlawful purposes, just like cell phone jamers.  Oh well, stupid government, ruining the fun for the rest of us.

3-D printing, cheap electronics, and the sheer number of things up in space means that now is a booming time to try and connect to the satellites.

The SatNOGS project aims to make it small, mass-producible satellites that can be easily, and cheaply put into LEO.  The new problem is that this rush of satellites being put up there produce too much data for the limited number of people on the ground to listen in and consume that data.

This proof of concept shows how it’s possible for an average person with some basic knowledge of the science at play can easily connect to a satellite that’s beaming down information all the time.  This allows people to be listening all the time, and also gives you access to the RAW data from the satellite, allowing you to form all sorts of conspiracies that you want with it.  There’s an entire network that you can connect to that allow you to work on a schedule, and be all automated.  Yet another job that computers and robots are taking away from humans, proving that computers and robots are the universal illegal-aliens.