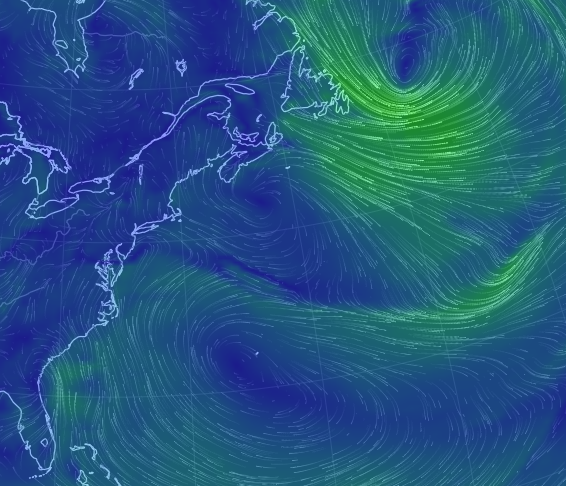 On Nullschool.net you can explore real time wind data and watch weather patterns form.  It’s pretty neat if I do say so myself.  Check it out if you can, I am.

The captions on this video explain everything, but because I want to fill up space and not seem like I’m wasting time, here’s the meat.  A Freight train traveling through the state of Illinois “accidentally” crossed paths with a F2 tornado.  I get that trains, especially freight trains, are very difficult to stop.  Though the weather is pretty easy to predict, at least a few miles out like this tornado was.  Surely the central command new something about possible weather issues ahead.  Though, then again, Tornadoes are spontaneous.  Perhaps it did just materialize out of nowhere and toss those train cars around like a toys.

Lesson to be learned here – nature is scary, don’t mess with it. Mining is one of the easier ways to ruin the land.  It’s one of the more debated, controversial, yet oftentimes un-avoidable ways to use the earth to its full potential.  Mining for diamonds takes all that, and multiplies it 1000 fold.  Not only are diamonds amazingly overpriced, for the most part, they are completely over blown in uselfulness.  Industrial diamonds for cutting saws and stuff can be manufactured, but diamonds purely for jewelry is one of the more wasteful things humanity can do.  But anyway, that’s enough of me trying to take the moral high ground.  What’s gotten in to me this afternoon?

For his series called For What It’s Worth, Dillon Marsh put together a series of photographs of open pit diamond mines.  He tallied up the total carats of diamonds extracted from the mine over it’s lifetime, and created a single diamond of that size and digitally inserted it into the photo. Can you see the diamond?  It’s there, in the middle of the water.  Here’s a crop of it: This is from the Kimberley Mine, and between 1817 and 1914, 14.5 million carats of diamonds were mined out of this open pit hole in South Africa.

He did a similar series with Copper Mines.  At least with copper, there’s something significant to show for the scar made to the earth: SKYLAPSE – AN ARIEL HYPER-LAPSE from Rufus Blackwell on Vimeo.

This is a pretty good time-lapse/video of the sky, as viewed out the window of an airplane.  Whenever I go on an airplane, I need a window seat.  It’s not often that you get to see the world from 35,000 feet above.  It’s truly a unique perspective. END_OF_DOCUMENT_TOKEN_TO_BE_REPLACED

Brings back the Going Green series, or at least finishes it, (probably).  I’d just like to say, that Earth Hour is a waste of time, and I had every thing on, and plugged in my house.

You see, I spent 4 days without electricity last week, and am in no rush to repeat that experience.  So in order to make up for that time with no power, I had to use extra tonight.  It all works out because in the end, Earth Hour is a joke.  By turning off your lights for one hour one day a year do you think it impacts the amount of electricity a power plant produces?

A power plant is not like a battery, if the light is off, power is not being used (or made).  Power plants constantly producing electricity, if they stopped for a minute the grid would be destabilized.  What power plants do do is anticipate loads (in the summer months, air conditioners are used, and so they generate more power).  In recent years the power companies have begun to anticipate the slight drop in demand for power in the one hour period of “Earth Hour” so that power doesn’t get sent out to the grid.

The plant still operates, and still produces power, so the idea of an hour with your lights off, even multiplied the city, state, country over doesn’t add up to much.  Especially when man made CO2 emissions have nothing to do with “global warming” or “climate change.”  But hey, I can’t stop you from participating in it, all I can do is plug everything I own into my power outlets.