Not moon sized rockets, model rockets.  And I must say model rocket cars are much more fun to watch compared to moon sized rocket ones.  I must say it’s hilarious!  Of all the cars in the video that were launched, I think i counted 3 that actually drove.  There may have been more, it was hard to see with all the smoke.

It’s a national event down under. And seriously, with this advice:

And just a reminder: try to test your cars so you know they’re not
dangerous and are awesome.

If you can’t we’ll just guess on the day. Too light, won’t race.

Bring beer and umbrellas and snacks.

It is required to be good.  The cars though, they aren’t exactly what you would call, safe.  In the video above you can see someone got hurt, and just the way that the cars drive, they aren’t exactly safe, especially since there are people lining all sides of the track, just watching, and laughing along with everyone.  It seems like a pretty laid back kind of group though, cause there’s lots of laughing going on, and it’s not laughing at people, its laughing with them.

Also, I can totally see a group of engineers joining this and totally ruining it for everyone by making a car that’s perfect, which takes all the fun out of this event.  {MAKE}

That looks like a bunch of bricks in the road, it’s not.

See, it’s really a bunch of magazines, the deadly kind.

This is probably one of the coolest designed fountains ever.  Instead of using water, it uses liquid mercury.  Deadly, but beautiful.  It’s so different, the texture of it, it makes it look exotic, and cool.  Reminds me of the T-1000.  It was built to honor the memories of the mercury miners of Almaden, currently it is housed behind glass, to prevent people from toxic exposure to the metal and awesome super powers, birth defects.

Look at it balled up like that, isn’t it beautiful looking?  To think that that joined together is really a merciless killing machine…

That view actually makes it alittle hard to see that it’s mercury, and not water.  But you get an idea of what the structure of it is like, and it is a cool looking fountain.

This got me thinking, why don’t we have other liquid fountains.  Like any of the other elements, they would have to be enclosed to keep out the heat/pressure, but I’m sure they would look pretty cool! 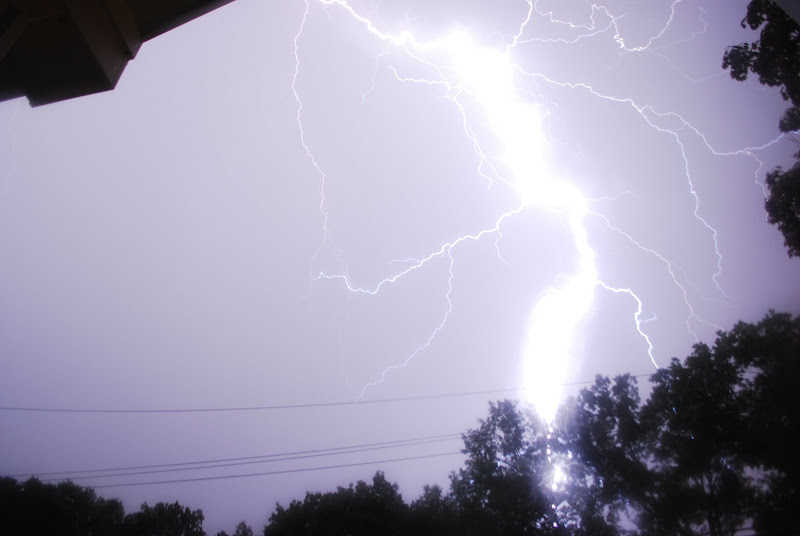 It’s been kinda stormy weather lately, but not the type of storms where there’s alot of lightning.  Or if there was it was all durring the day, and that made for bad photos.  That changed about 30 minutes ago tonight.  I stood on my front porch and took about 40 arbitrary length shots of the storm, closing the shutter after every flash.  Of them I got 11 good shots with a bolt in it, and two really amazing shots.  Some of them I know I got a bolt, but there was just so much light (and/or the shutter was open too long) that everything was lit up.
Just felt the need to share these awesome photos with the world.