I don’t really like Halloween, I think it’s a silly “holiday”  So I’m not gonna do the standard spooky thing, instead, I’m gonna show some clips of Jake & Amir on their Halloween episodes: Nanoblock is sorta like LEGO, except smaller.  And, it’s not LEGO, and it’s Japanese.  It’s smaller pieces, hence the name, that allow more detailed models to be made.  It looks cool, but I don’t think they will have any real dangerous impact on LEGO.  However, this small model is really nano, because it’s made up of 1,000 pieces.  That’s quite alot.  It almost begs the question, does Nanoblock have larger pieces so that the don’t need as many?

You can buy it from Nikon Direct, but it’s in Japan, luckilly, it only costs about $30, which isn’t bad.  Unfortunately, it will probably never see the light of day in beautiful America. I’ve been working on the server the past few days, it might not work, it might work, be prepared.

I didn’t know this, but it kind of makes sense, there are 5 channels on the average R/C car chip, and only 4 of them are in use.  So with alittle tinkering, you can add fully automatic Nerf gun to the body of car and hook it up to the trigger.  This will let you have your own roving toy of destruction.  Terrorize your pets, and/or your kids. It’s Go Day.  The long awaited Halo 5 is upon us.  Granted, it doesn’t seem like it’s got the global power of Halo 2, or Halo 3, but it’s still pretty impressive.  I’ll let you know how I enjoy it one day maybe.  But for now, take a look at this ace diorama of a Halo scene that Andrew Theo made.

There’s quite alot of detail at play here, way more then what it seems.  It just seems too crammed together.  But I guess that’s what it’s meant to show, the chaos of war. I could show you stills of all the scenes, but here’s a nice video of everything that shows you what it looks like, plus it has the awesome track from the Halo Soundtrack: Brothers in Arms.

END_OF_DOCUMENT_TOKEN_TO_BE_REPLACED This isn’t really a new or unique idea, but if you hadn’t seen it, or thought of it, now you have, and if you have small kids, take note.  When you get broken clay flower pots, instead of throwing them out, make small fairy houses out of them.  Or, that’s what I’m calling them that is, fairy houses:

It doesn’t take much, you’d probably need some little rocks or something to make the stairs.  You definitely need the correct plants to put in it though, ones that won’t overflow too much, but will still look good.  You can also get some small toy houses and stuff and make it look like a fairy garden home.  Hence my name for them. It might not be the most wonderful time of the year, but it is pretty damn nice looking out.  Especially in the North East part of the country.  The fall colors are in full bloom up by Cold Spring NY.  The weather was nice for a late October day. 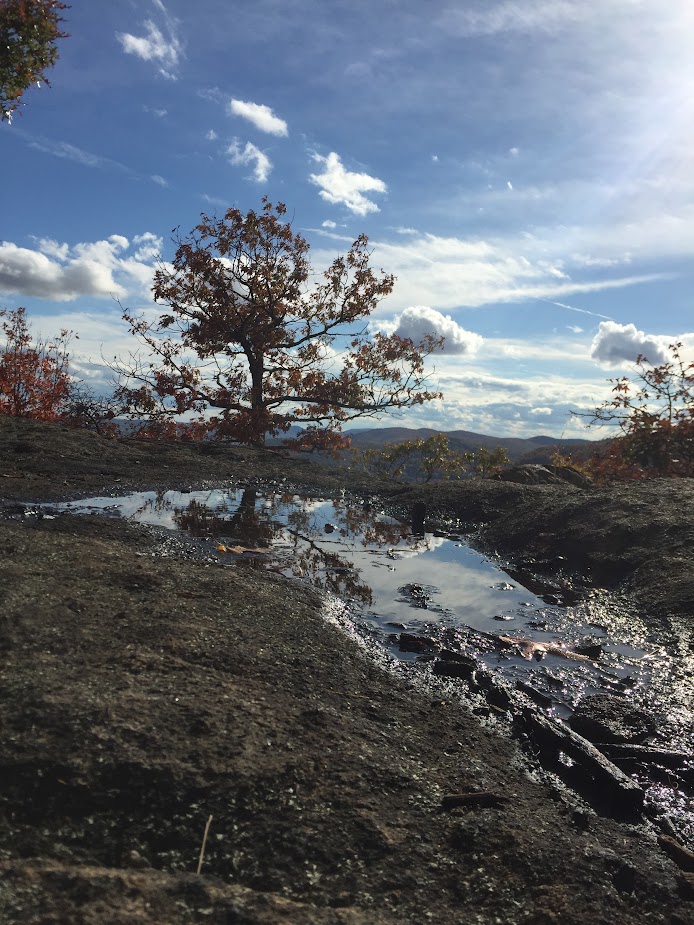 One of the people I was hiking with pointed out this puddle for me, I have to thank her, because it was a really nice shot, I only wish I had my proper camera for it.

Here’s a few more you can look at if you want.

The above ad is a hand made, drawn, and hand photographed film that was made to show the history of Honda, and the huge number of products that they made over the years.  It’s a pretty impressive video, it’s 2 minutes long, and needs to be viewed in it’s entirety, so I bet it doesn’t get as much air time as other shorter clips would.  But it’s impressive, and fun.  Stop motion is cool, I tried making one way back when.  It didn’t come out horrible, but it took way more time then I anticipated, and it was only using like pipe-cleaners.  So I can fully believe that this shoot took 4 months to make.

Here’s a behind the scenes look at how this ad was made over the course of 4 months:

It doesn’t matter what you think, this guy is the true thing.

The Mets are in the World Series.  Would you look at that?  It’s been 15 years since they last made it in, that was a Subway-Series though, interesting, but one-sided.  This year’s series will be alittle different, still don’t know who the AL team is going to be, but The Mets don’t really care right now I bet.

Anyway, that’s the token post-season sports story for you now back to our regularly scheduled programming…